July 12 (UPI) — Delta Air Lines announced Thursday it will be forced to cut out certain routes after the peak summer season in order to offset the rising cost of fuel.

Delta’s fuel bill rose by $578 million in the second quarter over the same period last year, the carrier said Thursday. This year’s total fuel bill is expected to be $2 billion more than it was in 2017.

“We have seen early success in addressing the fuel cost increase and offset two-thirds of the impact in the June quarter,” said Delta CEO Ed Bastian.

Bastian said cutting undersold flights from the fall schedule should position Delta to return to margin expansion by the end of the year. It wasn’t initially specified which routes could be cut.

For the second quarter, Delta reported an adjusted operating revenue of $11.6 billion — an increase of 8 percent, or $880 million, over last year.

“While we are pleased with our revenue performance in the quarter, accelerating the recapture of the recent fuel price increases is the number one focus for our commercial team,” said Delta President Glen Hauenstein.

In May, the airline announced it would reopen new international routes, including one to the Middle East it shut down two years ago, thanks a new diplomatic deal between the United States and United Arab Emirates.

Bastian said the deal will allow the carrier to re-launch flights from Atlanta to Dubai, which it discontinued in 2016 due to heavy competition. 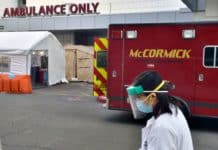