MEDIA, PA – October 14, 2015 (Gephardt Daily) – It’s hard to compare a teen whose fingers appear glued to their phone with a compulsive gambler. But a new study suggests teenage texters have a lot in common with adults who spend their days and nights playing games of chance.

The study of more than 400 eighth and 11th graders found texting is more than a distraction for many teenagers. Like compulsive gamblers, they may lose sleep because of their habit, find it hard to cut back on texting, and even lie to cover up the actual hours they spend texting.

Girls text compulsively at a much higher rate than boys and risk doing poorly in school. The study published this month in Psychology of Popular Media Culture does not draw a direct connection between poor grades and compulsive texting. In fact, psychologists like Kimberly Young of the Center for Internet Addiction says, “I don’t think texting is causing academic problems — I think it’s an attention-span issue.” Young has done extensive research on the topic but was not involved in the most recent study.

Compulsive texting girls in the survey reported that they were “C” students while the boys claimed to be “B” average students. It turns out the girls in the study were actually doing better in school than the boys.

Parents concerned about their children’s texting are encouraged to make kids turn off phones and put them away while doing homework, create screen-free zones in homes, and make dinner time a phone-free time. 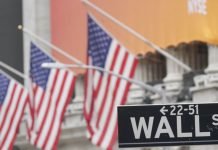