WASHINGTON, D.C., April 7, 2016 (Gephardt Daily) — Thousands of scarves made in China for Ivanka Trump, daughter of Republican presidential candidate Donald Trump, are being recalled because they pose “a burn risk,” according to the U.S. Consumer Product Safety Commission (CPSC).

The CPSC advises consumers to immediately stop wearing the rayon scarves and return them to the store where they were purchased for a full refund. No injuries have been reported, but the scarves, which come in two different styles, failed to meet federal flammability standards.

The recalled scarves were sold from October 2014 to January 2016 at stores across the country, including Lord & Taylor and Century 21, and online at amazon.com and loehmanns.com according to the CPSC.

Donald Trump has made trade a theme of his campaign by slamming American companies that choose to manufacture their products in countries outside the U.S. However, many of Trump and his daughter’s fashion collection, including Donald Trump suits and ties, are made in foreign countries like China. Trump has acknowledged that fact and vowed to put a tax on goods coming into the U.S. from countries like China.

Representatives of the Ivanka Trump Collection issued a statement on Wednesday saying “We are disappointed to learn of the need for Global Brands Group, our license partner, to recall two styles of Ivanka Trump scarves, but we are relieved that immediate action is being taken.” 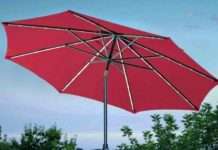 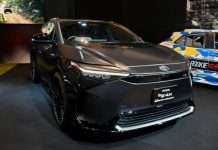