The unidentified man, described as a 60-year-old businessman, was charged with two counts of criminal blackmail in allegedly telling the Fonterra Cooperative Group Ltd., New Zealand’s largest dairy exporter, its infant milk products would be contaminated with a poison called “1080,” unless the government stops using pesticide to kill small animals. Reliance on pesticide has been a contentious issue between environmentalists and the government.

New Zealand’s largest export is milk products, accounting for 25 percent of its overseas sales, and its reputation as a safe supplier of food was threatened by the blackmail plan. The country’s police have been investigating the letters since their existence was revealed in March 2014.

The anonymous threats prompted the testing of tens of thousands of milk products, and baby formula was held behind counters, like cigarettes, in supermarkets.

“Today’s development sends a clear message that we will use all necessary resources at our disposal to investigate such threats, no matter how long it takes,” said Police Commissioner Mike Bush. A team of 35 officers and science specialists worked on the case, which cost the police about 3 million New Zealand dollars (about $2 million).

If found guilty, the suspect could be jailed for 14 years. 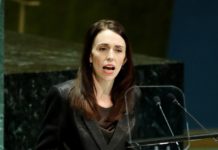 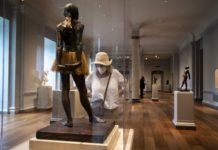 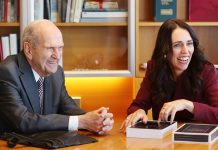