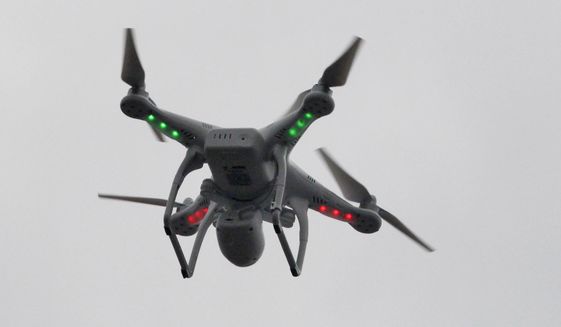 Ten news media companies, including Gannett, The New York Times Co. and the Associated Press, are partnering with Virginia Tech to test small unmanned drones to be used in news gathering.

They join CNN and Georgia Tech, which are pursuing similar research.

In the partnership announced Thursday, the media companies and Virginia Tech — whose formal name is Virginia Polytechnic Institute and State University — will conduct safety testing of a series of real-life scenarios in which drones will be flown in collecting photos and videos at remote sites.

Their announcement comes three days after CNN said it’s expanding its drone-reporter research with Georgia Tech by working with the Federal Aviation Administration to speed up the work needed to commercialize the technology.

Virginia Tech is involved because it leads the Mid-Atlantic Aviation Partnership, one of six test sites established by Congress to help the FAA collect data on the use of drones in making rules that will be applied later, the coalition said.

“Unmanned aircraft systems can provide this industry a safe, efficient, timely and affordable way to gather and disseminate information and keep journalists out of harm’s way,” Rose Mooney, executive director of the Virginia Tech Mid-Atlantic Aviation Partnership, said in a statement.

The FAA generally prohibits commercial use of drones, but it is working on some rules that would enable the private sector to deploy them in some settings.

The news media organizations working with Virginia Tech first gathered last year in submitting a brief to the National Transportation Safety Board regarding the case of Raphael Pirker, who was fined by the FAA for using a drone to shoot a video.

Their involvement led to discussions with the university and the eventual formation of the coalition, said Charles Tobin, an attorney with the Holland & Knight law firm that is advising the companies.

Federal rules on the integration of commercial drones in U.S. airspace need to be spelled out before the companies can advance their technical and operational plans. But the news media laws of privacy and defamation would largely apply to the use of drones, Tobin said.

“We think that the existing framework of the laws as they’re applied to defamation, news gathering and privacy is all technology agnostic,” he said. “There’s no magic or sophisticated legal analysis anyone needs to conduct. We’ve got all the laws we need. So there’s nothing new that the government needs to enact there. The remaining issue is to help the federal government develop sensible regulations for safe flying by journalists.”