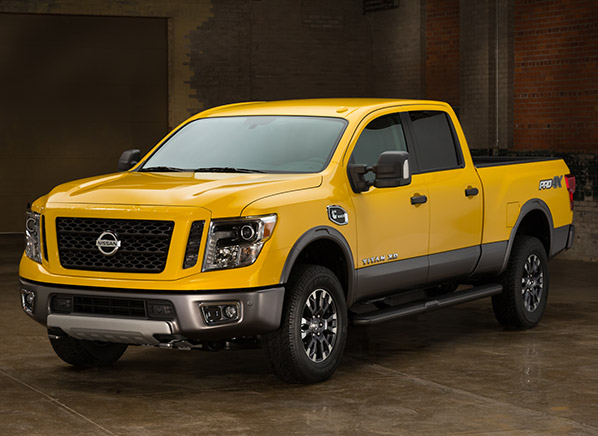 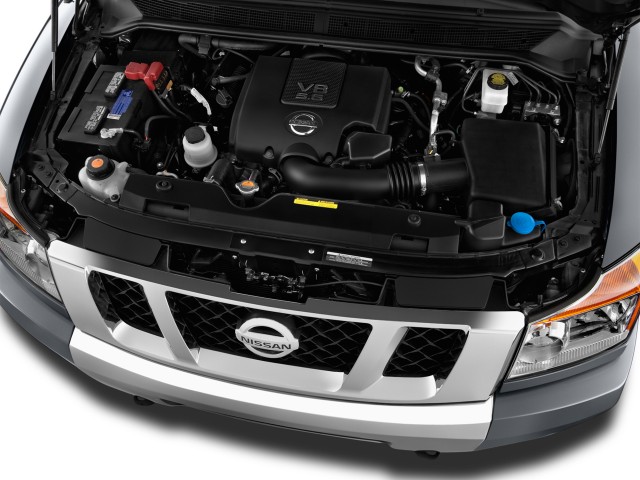 [/one_fourth][three_fourth_last]
What is it? Nissan has just taken the wraps off its totally redesigned Titan, a full-size pickup that competes with the Ford F-Series, Chevrolet Silverado, and Ram 1500. The first version to go on sale will be the XD Crew Cab, representing the most popular configuration among modern half-ton pickups. This new Titan is only the second generation of the truck, replacing a design that was launched way back in 2003.

What’s new or notable? The new Titan is positioned to offer features and capabilities usually associated with the larger heavy-duty pickups. Among those is a 310-hp, 5.0-liter Cummins diesel engine with 555 ft.-lb. of torque. To date, the only half-ton pickup offering a diesel has been the Dodge Ram. For the Titan, a new V8 and revised V6 gasoline engines will follow soon. Nissan says that the Titan, properly equipped, will be able to tow 12,000 pounds and carry a payload of 2,000 pounds. Those are all big numbers for this truck segment.

Solidifying its work credentials, the XD is available with a goose-neck trailer hitch already attached to the frame.

Available features include a lockable storage box beneath the rear seat, additional locked storage accessible from the bed, and LED lighting on the bed rails.

A suite of safety and driver-assistance features will be offered, including Nissan’s surround-view camera system, blind-spot warning, and moving-object detection.

Both the truck itself and all three engines are made in the USA.

CR’s take: The out-going Titan was never more than an also-ran, and it had a long history of subpar reliability. The new one had better be good, because the newest Ford, GM, and Ram pickups have raised the bar—significantly. We’ll see if size matters as much as Nissan is betting it does.