“Global inventories are set to keep building at least until late 2016, but at a much slower pace than observed this year,” the Paris-based IEA said in its latest monthly report.

The IEA’s forecast follows a string of reports, from the Organization of Petroleum Exporting Countries to the World Bank, saying global economic growth is not enough to take on the surplus of crude oil on the market.

Brent crude oil lost 1 percent in early Friday trading in response to the IEA report to open the day at $39.25 per barrel. West Texas Intermediate, the U.S. benchmark price for crude oil, was down about 0.8 percent in New York to start trading at $36.46 per barrel.

Oil prices are off dramatically since OPEC’s meeting last week, with Brent losing more than 8 percent.

A short-term market report from the U.S. Energy Information Administration said the full-year average for Brent should be $56 per barrel next year, about 5.6 percent above the expected average for 2015. The difference, or spread, between Brent and WTI should increase by 20 percent next year, with U.S. oil selling for about $5 per barrel less than Brent.

OPEC said last week some level of balance would return to the market during the latter half of 2016. 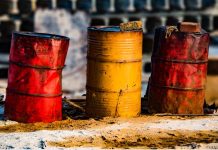 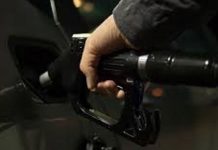