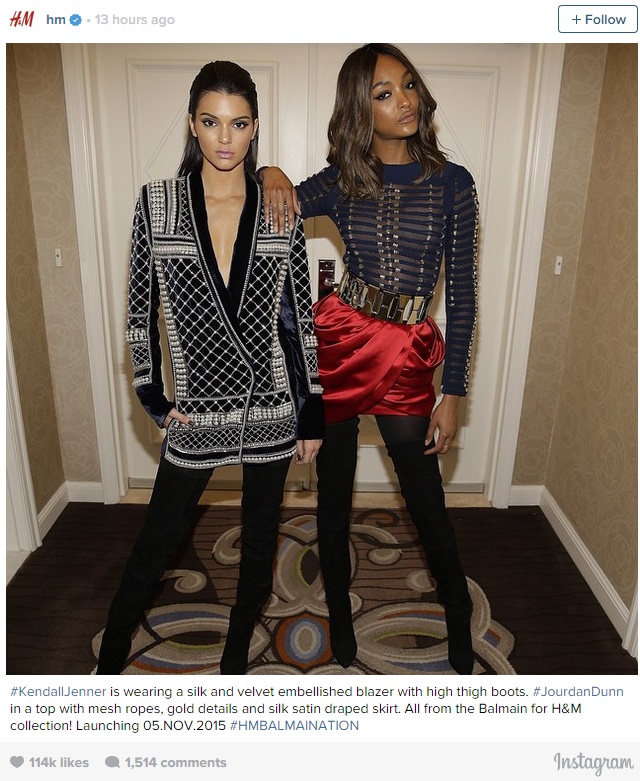 LAS VEGAS, May 18 (UPI) — Olivier Rousteing announced Sunday at the Billboard Music Awardds that Balmain for H&M Collection is happening.

Following in the steps of other high-end brands like Alexander Wang, the haute couture fashion house will have an affordable line featured at H&M stores.

After Rousteing announced the collaboration, H&M made the news official via social media.

The 29-year-old designer and creative director of Balmain appeared on the red carpet at the award show with Kendall Jenner on one arm and Jourdan Dunn on the other to make the announcement. The models were both decked out in clothing items that are part of the collaboration.

In an interview with Style, Rousteing said, “When you work for a super-luxury brand, you don’t have so many stores, your vision isn’t the entire world. With H&M, you know you’re part of the world, you touch all the continents. I’ve always been loud about being about diversity and the world. So it’s perfect.”

He even understands the struggle for those eager to get their hands on a limited-edition piece from the affordable collection because he once was in the same position.

“I’m really honored, because I’m really young to have this collaboration. Ten years ago, I was the one waiting in front of the window to get the pieces. So I feel like this time I have a double personality: One is the designer who created the collection, and the second is the one who remembers how it felt to wait for the pieces and fight to get them. That’s what’s going to make this collaboration really real, because I know the feeling of wanting the pieces and worrying you won’t get the pieces because it’s going to sell out in two hours,” he said.

The collection is salted to hit stores Nov. 5.