WASHINGTON, Dec. 14 (UPI) — Pomegranates have been found in previous studies to help prevent heart disease but a new study found extracts from the fruit have no effect on most cardiovascular risk factors.

Juice from the fruit has been shown in previous studies to slow the growth of prostate cancer, fight bacteria and cavities, benefit diabetes patients, and as an aphrodisiac, in addition to having benefits to lower heart disease risk.

Researchers in the new study, published in the Journal of Medicinal Food, recruited 33 hemodialysis patients, who are generally at higher risk for heart disease, to test the expected oxidative effects of the juice, as well as other benefits expected to prevent heart disease.

The 33 participants under age 30 who were all receiving hemodialysis treatment three times a week for less than three months at the start of the study who were randomly assigned to receive 1000 mg capsule of purified pomegranate polyphenol extract or placebo every day for six months.

While researchers found there were some reductions in patients’ blood pressure and noted some atheroprotective benefits, the extract had no effect on inflammation, oxidative strength, or muscle strength — in effect, little to no effect on either risk factors for heart disease or kidney function.

“Pomegranate supplementation had no effect on any other metrics of cardiovascular risk or physical function in our patients,” researchers wrote in the study. “Taken together, these data suggest that pomegranate extract supplementation may provide limited benefits in terms of reducing the development or progression of comorbidities in patients with chronic renal failure.” 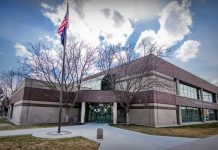 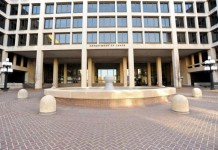 House bill would pay $2,000 per month per person until economy improves