WASHINGTON, Feb. 9, 2016 (UPI) — An unknown hacker released the personal information of nearly 10,000 Department of Homeland Security employees and threatened the FBI was next.

The names, job titles, email addresses and phone numbers of Homeland Security employees were released through a link in a Twitter account that purports to support Palestine.

“When will the US government realize we won’t stop until they cut relations with Israel,” the Twitter account — @DotGovs — reads. “Be sure to tweet #FreePalestine to bring awareness to all the kids dying by Israeli bombs that the US government funds!”

Motherboard confirmed the data breach was genuine. A hacker contacted Motherboard ahead of the data dump, where he detailed how access was gained. He said he stole the web portal credentials of a Justice Department account and called the relevant department to ask for help when he was unable to log in.

“So I called up, told them I was new and I didn’t understand how to get past [the portal],” the hacker told Motherboard. “They asked if I had a token code, I said ‘no,’ they said ‘that’s fine — just use our one.'”

By using the code, he said he was able to gain access to the work computer of the account owner from which he stole the credentials. 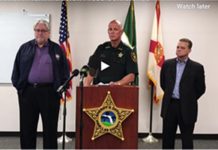 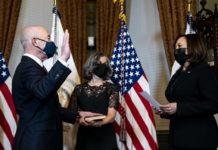