BOSTON, Oct. 5 (UPI) — A scandal is brewing in the mega industry of fantasy football after it was reported that employees might be taking financial advantage of their access to inside information.

Fantasy football leagues have been around for years, but the game has only recently been elevated to a large corporate level that involves billions of dollars every year.

The scandal raises questions of whether some employees of DraftKings and FanDuel are profiting from information not accessible to the general public — a scenario very similar to illegal insider trading on Wall Street.

Because fantasy football is unregulated, it remains to be seen what kind of an impact the scandal might have on the industry. DraftKings and FanDuel released a joint statement Monday defending their business practices.

“Nothing is more important to DraftKings and FanDuel than the integrity of the games we offer to our customers,” the statement said.

A DraftKings spokesman also acknowledged that employees of both sites have previously won big jackpots playing the game on each other’s websites.

“Both companies have strong policies in place to ensure that employees do not misuse any information at their disposal and strictly limit access to company data to only those employees who require it to do their jobs,” the spokesman said. “Employees with access to this data are rigorously monitored by internal fraud control teams, and we have no evidence that anyone has misused it.”

“We continue to review our internal controls to ensure they are as strong as they can be,” the joint statement said. “We also plan to work with the entire fantasy sports industry on this specific issue so that fans everywhere can continue to enjoy and trust the games they love.” 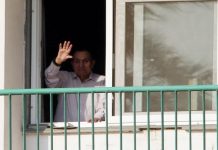 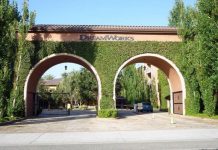