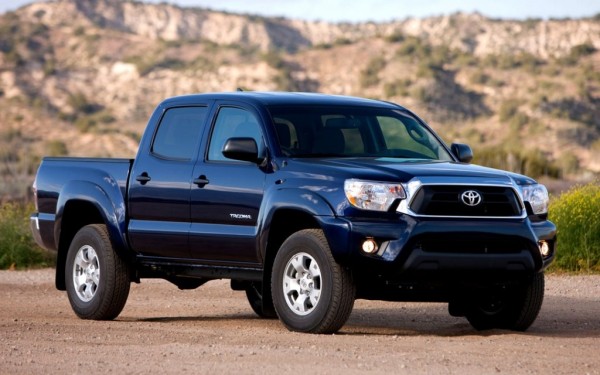 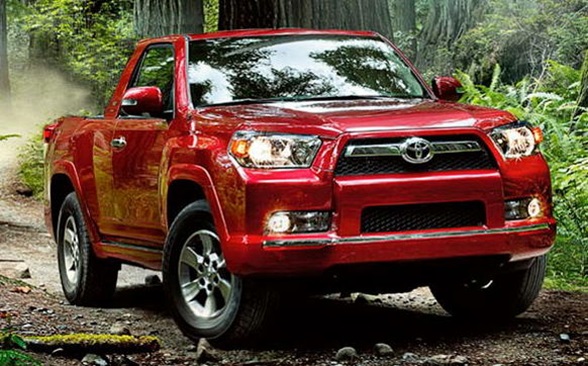 What is it? Toyota’s workhorse compact pickup has aged slowly, although the last Tacoma we tested showed that it wasn’t aging gracefully. Clumsy handling, noisy engines, jiggly ride, and a hard-to-access cabin were all major strikes against it.

Over the years, while many manufacturers have simply abandoned the small truck market (where have you gone, Ford Ranger and Explorer Sport Trac, Dodge Dakota, and Subaru Baja?), Toyota held fast. Nissan still sells a near-dinosaur age Frontier, and Honda plods along with its unloved Ridgeline. Like the other Japanese manufacturers, Toyota put little money into keeping its Tacoma modern and up-to-date. But competition is heating back up with the new Chevrolet Colorado and GMC Canyon, putting pressure on Toyota to put some polish on its old beast of light burden.
[one_fourth]

[/one_fourth][three_fourth_last]
What’s new or notable? Designed, engineered and assembled in North America, this 2016 model will feature a new 3.5-liter “Atkinson cycle” V6 hooked up to either a six-speed manual or new six-speed automatic transmission. A 2.7-liter four-cylinder engine is also on board. Both two- and four-wheel drive models will be offered.

Toyota says the new model will have “a smoother on-road ride, while making it even more capable off-road.” (Reminiscing about the last model suggests the new one can only ride better.) Toyota also claims to have added various sound-deadening materials to make it quieter.

CR’s take: The Tacomas we’ve tested always had towing and off-road prowess that put many trucks to shame. And its well-earned reputation of long-term reliability keeps used prices high. Apparently, lots and lots of customers have noticed: Toyota says seven million of them have been sold since 1964. So we’re eager to see how this new model stacks up against the seemingly imposing rivals from GM. Clearly, the Tacoma is no longer the only game in town.