Dec. 12 (UPI) — The Trump administration has not approved a single debt cancellation request from students who received federal loans to pay for failed, for-profit colleges, according to the Department of Education’s Inspector General.

Thousands of students who attended now defunct for-profit colleges, such as Corinthian Colleges and ITT Technical Institutes, applied for debt forgiveness under a program launched by the Obama administration. And during the last six months of President Barack Obama‘s presidency, more than 46,000 claims were sent in.

The Obama administration’s Education Department approved nearly 28,000 of those claims during those final six months.

But since President Donald Trump‘s first day in office on Jan. 20, the Education Department has received nearly 26,000 claims and approved zero of them, according to the IG report.

But there also haven’t been many denials, either — the IG report says only two claims have been denied.

That’s because Education Secretary Betsy DeVos has paused the program pending further review of the process of debt forgiveness, as well as the possibility of abandoning the program altogether.

Canceling the program would affect at least 87,000 borrowers who have submitted claims and are waiting for approval as of October, according to the Washington Post.

The IG report recommends that the program be restarted.

A. Wayne Johnson, chief operating officer of the federal student aid program, said relief could soon come for about 11,000 former Corinthian students, according to the BBC.

Democrats have criticized DeVos for not more quickly finding a solution for students who have fallen victim to for-profit college scams.

“When a predatory college breaks the law to trick students into enrolling, those students are entitled to have their federal student loans canceled to help them start over,” Sen. Elizabeth Warren, D-Mass., said in November. “Betsy DeVos’s outright refusal to help these students is taking a serious toll on their lives. Enough is enough — it’s time for Betsy DeVos to step up and do the right thing.” 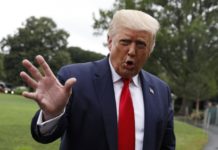 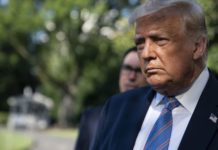