March 10, 2016 (UPI) — The focus has shifted. The world of magic as envisioned by JK Rowling has exploded away from Hogwarts and across the Atlantic Ocean, landing on the shores of the New World!

The History of Magic in North America introduces us to a land filled with mystical promise, inhabited by an indigenous people well versed in magic. They are practitioners of the craft in ways different from their foreign brethren.

So what have we learned so far?

1. To wand, or not to wand, that is the question. For the witches and wizards of the Native American tribes, it’s not even a question – they make magic wandless. It should come as no surprise, though, given that the wand originated in Europe. What’s particularly fascinating is that it hasn’t hindered the Native American Animagi and potion-makers in the sophistication of their magic.

2. Native American “skin-walkers” are a bunch of spiritually and morally corrupt Animagi, or at least that’s the vicious rumor spread throughout the various wizarding communities across the continent.

3. A corrupt group of wizarding mercenaries known as the Scourers instigated the Salem witch trials as a means to pay off bad debts. This shameful episode brought about the need for a governing body to preside over North America’s wizarding citizenry.

4. The wizarding community founded the Magical Congress of the United States of America, or MACUSA (Mah – cooz – ah), in 1693, a century before the founding of that other US of A. MACUSA’s first order of business was the trial and punishment of the Scourers. Those that were not apprehended melded into the population, forming an underground Brotherhood, bent on taking down those who practiced magic.

5. Ilvermorny School of Witchcraft and Wizardry began life as “no more than a rough shack containing two teachers and two students” and is the North American version of Hogwarts. (I can see a brand new series from my house!)

6. And finally, most concerning of all, Rappaport’s Law, which instituted the total segregation of the wizarding and No-Maj (see below) communities. This legislation came about as the direct result of a girl falling for a boy (who happened to be a descendant of a Scourer) who would betray her trust in an attempt to eradicate all magic from North America.

PS. For all you muggles out there, in the New World, you’re a No-Maj (it’s short for ‘No Magic’). Doesn’t have quite the same ring to it, but you’ll learn to love it? 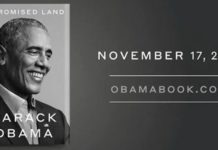