After filing a fraud claim against ex-husband Lamar Sally for allegedly arranging the surrogacy while knowing of the couple’s eventual divorce, the court ruled Monday Shepherd is still the legal mother of the baby, now one year old.

The court’s ruling has bigger implications regarding the surrogacy in the United States. “This will allow parents and carriers to feel secure,” said a surrogate agency owner to People. “A great decision for the surrogacy community.”

Shepherd will continue to pay support based on an earlier decision made in April. Before their divorce, she and Sally made an agreement to use a surrogate and a donated egg to have a child. Months afterward, during the surrogate’s pregnancy, the couple split.

The television personality filed divorce from her husband of three years in May 2014 citing irreconcilable differences. Sally requested full custody of the child at the time. 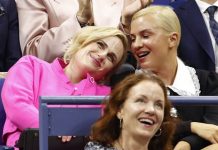 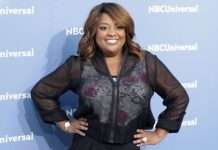 Sherri Shepherd praises Wendy Williams: ‘She made her own path’