MINNEAPOLIS, December 12, 2015 — (UPI) — Mystery Science Theater 3000 is coming back with 14 full episodes thanks to a record-breaking crowdfunding effort on Kickstarter, wrapped up Friday.

The TV show famous for riffing on B movies and public access practical effects, canceled in 1999 after 11 seasons, raised a record-breaking $5,764,229 in pledges from fans to fund a complete revival season thanks to a successful Kickstarter campaign and telethon. MST3K is now the most-funded video project on Kickstarter, beating the previous record of $5,702,153 raised to fund Veronica Mars in 2014.

While the ultimate goal for a full season of 12 episodes was $5.5 million, money raised through the sale of merchandise in the Kickstarter Add-On store amounted to more than $600,000, which creator Joel Hodgson added to the full funding total to produce a holiday special and a 14th episode. The total raised through pledges and merchandise came to more than $6.3 million.

The telethon itself was in some ways worse produced than the cheesy movies the series is known for riffing, though it did include appearances by upcoming cast members Felicia Day, Patton Oswalt and Jonah Ray, as well as the bots — Tom Servo, Crow and Gypsy. There was also a memorable visit from Planet of the Apescharacter Dr. Zaius played by Dana Gould, who signed on along with Dan Harmon to guest write for the revival series. The bit, “Dana Gould is Dr. Zaius as William Shatner Reciting Santa Claus is Coming to Town,” features Gould in authentic Planet of the Apes makeup “breaking” layers of character to explain the fearsome message of the classic Christmas tune.

The MST3K Kickstarter campaign was launched in November to prove to industry executives the show was indeed a crowd favorite. The revival also revealed the influence classic MST3K had on a generation of comedians and creators, some of whom will be part of new show as cast, writers and behind the scenes. 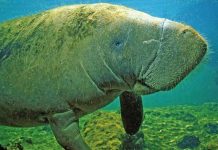