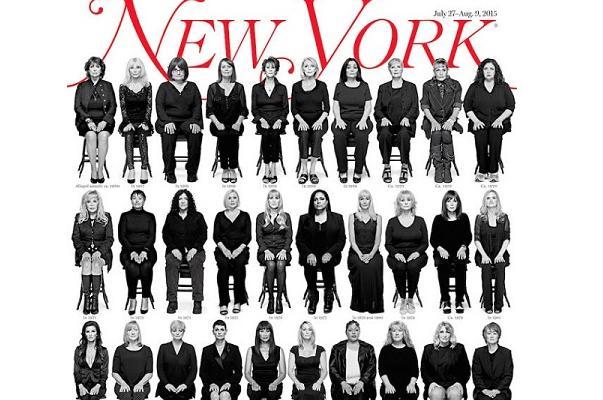 NEW YORK, July 28 (UPI) — Thirty-five of the 46 women who have accused Bill Cosby of sexual assault appear on the cover of New York Magazine’s latest issue.

The cover story and photo essay, which debuted Sunday, also features the individual accounts of the women, ranging in age from their 20s to their 80s, who have claimed that the 78-year-old comedian drugged, molested and raped them.

The cover, attracted considerable media attention and online traffic when it was released. The hashtag #TheEmptyChair started trending on Twitter, in reference to the single empty chair in the photograph used to represent the women who did not come forward for the story.

Many commenters used the hashtag to describe their own experiences of sexual assault and explain why they chose not to report them.

The magazine’s story comes just a week after The New York Times obtained previously sealed legal documents related to a 2005 lawsuit, in which Cosby said he gave Quaaludes to women he wanted to seduce.

Cosby has not been charged with a crime and has repeatedly denied the accusations.