LOS ANGELES, Jan. 20 (UPI) — Universal Pictures and Amblin Entertainment have canceled the premiere of “A Dog’s Purpose” amid controversy surrounding a leaked video that appeared to show a dog being abused during filming.

“Because Amblin’s review into the edited video released yesterday is still ongoing, distributor Universal Pictures has decided it is in the best interest of ‘A Dog’s Purpose’ to cancel this weekend’s premiere and press junket,” reads a joint statement released Thursday from both studios.

“Amblin and Universal do not want anything to overshadow this film that celebrates the relationship between animals and humans,” they continued.

The film came under fire Wednesday after TMZ released a behind-the-scenes video that features a German Shepherd named Hercules unwilling to jump into a pool of rushing water for an action scene before he is forced in by a trainer.

“He wants to get away, just throw him in,” an off-camera voice is heard saying in the video.

PETA and star Josh Gad who voices one of the canine characters in the film, then slammed the production as fans online voiced their displeasure.

“PETA is calling on dog lovers to boycott the film in order to send the message that dogs and other animals should be treated humanely, not as movie props,” the animal rights organization said in a statement.

“As the proud owner of a rescued dog and a fervent supporter of organizations like PETA, I have reached out to the production team and studio to ask for an explanation for these disturbing images,” added Gad on social media.

Amblin and Universal in response assured that Hercules was unharmed and that production had followed all safety protocols. “Fostering a safe environment and ensuring the ethical treatment of our animal actors was of the utmost importance to those involved in making this film and we will look into the circumstances surrounding this video,” they said.

Notably, the American Humane Association representative who was responsible for enforcing safety rules for animals on set has been suspended.

“A Dog’s Purpose,” based on the book by W. Bruce Cameron, follows the story of a dog named Bailey who discovers the meaning of life over five decades as different dogs with different owners.

The premiere and a press event were scheduled for Monday. The planned release remains Jan. 27. 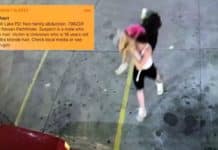 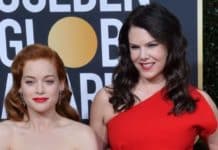