March 30 (UPI) — The Academy of Motion Picture Arts and Sciences announced Wednesday that Will Smith was asked to leave Sunday’s Oscars ceremony after he slapped comedian Chris Rock, but the actor refused to do so.

“Smith’s actions at the 94th Oscars were a deeply shocking, traumatic event to witness in-person and on television,” the academy said in a statement. “Things unfolded in a way we could not have anticipated.

“While we would like to clarify that Mr. Smith was asked to leave the ceremony and refused, we also recognize we could have handled the situation differently.”

The academy also noted that its Board of Governors met to initiate “disciplinary proceedings against Mr. Smith for violations of the Academy’s Standards of Conduct, including inappropriate physical contact, abusive or threatening behavior, and compromising the integrity of the Academy.”

Smith is being provided “at least 15 days’ notice of a vote regarding his violations and sanctions, and the opportunity to be heard beforehand by means of a written response.” The board is scheduled to meet again on April 18, at which point it may take disciplinary action.

Possible punishment could include “suspension, expulsion or other sanctions,” the academy said.

While presenting during Sunday’s Oscars ceremony, Rock made a joke at the expense of Will Smith’s wife, Jada Pinkett Smith, who suffers from alopecia, an incurable autoimmune disorder that causes bald spots and hair loss.

Moments after the joke, Will Smith walked onto the stage, slapped Rock across the face with his right hand and returned to his seat, where he twice yelled, “Keep my wife’s name out of your [expletive] mouth.”

Later in the awards show, Smith accepted the best actor award for his role in “King Richard.” In his teary acceptance speech, he apologized to the academy and his fellow nominees, but never directly addressed Rock.

On Monday, Smith offered a public apology to Rock on Instagram. Rock has yet to publicly speak about the incident. 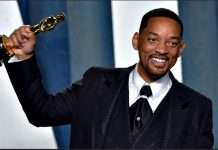 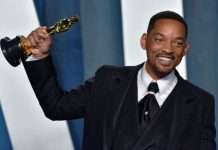 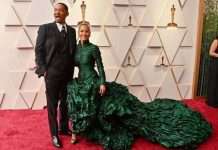