WESTCON, Connecticut, Feb. 5, 2021 (Gephardt Daily) — Christopher Plummer, veteran actor of the stage and silver screen, has died at the age of 91.

According to a statement by his manager, Lou Pitt, Plummer passed away at his Westcon, Connecticut home Feb. 5. The cause of death was not revealed.

Plummer’s acting career spanned decades but is best known for his role as Captain Von Trapp in the 1965 movie “The Sound of Music”. He also received Tony Awards for his stage productions of “Cyrano” in 1973, followed by “Barrymore” in 1997. In 2010, he won a coveted Oscar for best supporting actor in the movie “Beginners.”

Plummer began breaking into show business in the early 1950s with a series of stage appearances in New York City before landing several TV jobs.

In 1958 landed a breakout role in motion pictures when he was cast in Sidney’s Lumet’s 1958 production of “Stage Struck.”

Plummer was born in Toronto in 1929 and grew up in Montreal. 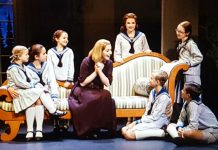 Review: ‘The Sound of Music’ at the Eccles makes a classic fresher 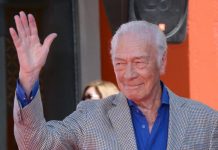