BURBANK, California, March 4, 2019 (Gephardt Daily & UPI) — Luke Perry, the iconic TV actor known to millions through his roles on “Beverly Hills, 90210” and “Riverdale” has died after suffering a massive stroke.

According to Perry’s PR rep the actor passed away Monday morning at St. Joseph’s Hospital in Burbank, surrounded by friends and family. He was 52 years old.

“The family appreciates the outpouring of support and prayers that have been extended to Luke from around the world, and respectfully request privacy in this time of great mourning,” he added. “No further details will be released at this time.

Perry was known for playing Dylan McKay on “Beverly Hills, 90210” and Fred Andrews on “Riverdale.”

Perry’s “Riverdale” co-stars Lili Reinhart and Cole Sprouse and former “Beverly Hills, 90210” cast mates Shannen Doherty and Ian Ziering were among those to send well-wishes to the actor online.

Doherty, who played Brenda Walsh on “Beverly Hills, 90210,” said in an interview Sunday with Entertainment Tonight she’d been in contact with Perry.

“I can’t talk about it ’cause I will literally start crying but I love him and he knows I love him,” she said. 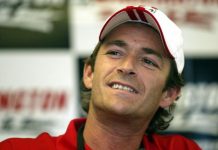 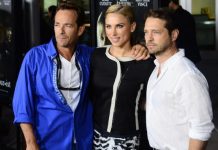