“When introducing someone as iconic as Harriet Tubman, we felt compelled to attempt an episode as revolutionary as her spirit. When we learned through research in 1858 she began to give talks about her life to like-minded abolitionists to raise money for the cause, we knew we had our in: A ‘Ted Talk’ with Harriet Tubman,” “Underground” creators, writers and executive producers Misha Green and Joe Pokaski said in a joint statement Friday.

“Our amazing crew, led by our director/executive producer Anthony Hemingway, set a beautiful stage for Aisha Hinds’ powerhouse performance. And we can only hope we did Araminta ‘Minty’ Ross proud.”

“This episode is truly one of a kind. It alone, masterfully revolutionizes TV storytelling,” added Hemingway. “Aisha surrenders herself to the spirit of Harriet Tubman and gracefully reintroduces us to Harriet’s humanity by sharing her story, in a chillingly exceptional performance. I am extremely proud of the amazing artistry that every cast and crew member poured into making ‘Underground,’ it’s the most exhilarating experience I’ve had as a filmmaker.”

“Playing Harriet Tubman is both a great honor and also a tremendous call to duty as we examine how familiar the pain of our past can be felt in the present,” Hinds remarked. “In sight of and in spite of the overwhelming obstacles stacked against her, Harriet transcended bondage and inspired generations in the pursuit of liberty.” 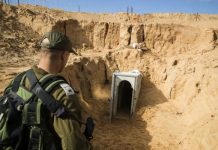 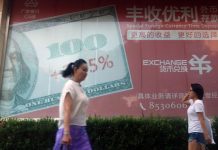 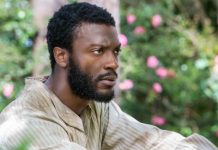