The sketch imagined what Saturday’s real-life, closed-door meeting between the U.S. president-elect and former Massachusetts governor, who was a vocal critic of Trump during his campaign, might have been like.

In the show’s version, the two men were seen meeting at Trump’s New Jersey, golf-course office where they stared at each other and shook hands for a long, awkward time before Romney admitted, “This isn’t going to work, is it?”

“I don’t think so,” Baldwin as Trump agreed.

“Great,” Romney said, as he hastily made his departure.

Baldwin began playing Trump on the show this season on a recurring basis. Sudeikis is a former “SNL” cast member who returns every once in awhile to reprise his most famous roles. 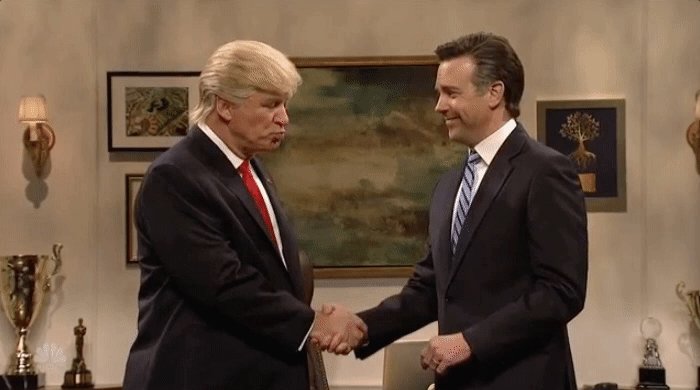