The 29-year-old actress opened up about the 52-year-old actor and their family in an interview for the December issue of Marie Claire. Heard and Depp married in February, and have been the subject of several rumors.

“I try not to react to the horrible misrepresentation of our lives, but it is strange, and hard,” she admitted. The couple’s relationship made headlines from the beginning, in part because they started dating soon after Depp’s split from his longtime partner, Vanessa Paradis.

Heard and Depp met on the set of the Rum Diary in 2009, and were first linked in 2012. The actor had recently split from Paradis after 14 years and two children, Lily-Rose Depp and Jack Depp, together, and Heard became a stepmother upon their marriage.

Heard and Depp looked like the happy couple when the actor surprised her on a recent ‘Overhaulin’ episode. The actress previously told Elle magazine her marriage was a “fairly organic process” that allowed her to retain her “fiercely independent spirit.”

Heard will next appear in The Danish Girl with Eddie Redmayne, and is also slated for London Fields with Cara Delevingne. Depp, meanwhile, will star in Alice Through the Looking Glass with Mia Wasikowska and Yoga Hosers with daughter Lily-Rose Depp. 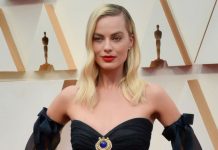 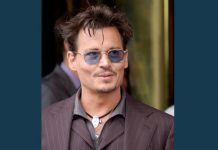