July 25 (UPI) — AMC said “The Walking Dead: World Beyond,” the third installment in its “Walking Dead” franchise, is set to premiere Oct. 4.

The show follows young adults who grew up during the zombie apocalypse. Its cast includes Alexa Mansour, Nicolas Cantu and Julia Ormond.

Season 11 of of the flagship show — “The Walking Dead” — was delayed due to the coronavirus pandemic, which has shut down film and TV production in the United States for the past four months.

Season 10 of the series — led by Norman Reedus and Melissa McBride — was pre-empted in April. The episode that was supposed to serve as the season finale will now air on Oct. 4, with six additional Season 10 episodes slated to follow in 2021.

“Obviously, COVID has disrupted a lot of things for every workplace, including ours,” “The Walking Dead” showrunner Angela Kang said during a Comic-Con at Home panel discussion Friday.

“The writers’ room for Season 11 has been going remotely the past few months. We haven’t been able to start production but we will get back to work as soon as we safely can. We will not be airing Season 11 episodes this year as we normally would in October, but we’re excited to announce an extended Season 10, where there will be six extra episodes to follow the finale. Those will run in early 2021 if all goes well. We’re working on those now and will have more to share soon.”

Season 6 of “Fear the Walking Dead” — starring Lennie James and Colman Domingo — is scheduled to kick off on Oct. 11. 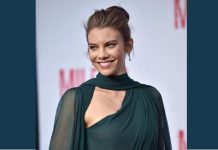 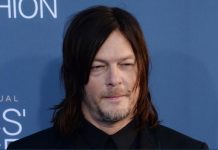 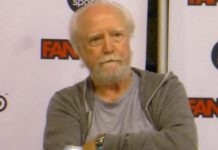