SAN DIEGO, July 22 (UPI) — AMC rolled out its first trailer for Season 7 of “The Walking Dead” at San Diego Comic-Con on Friday.

The 3-minute clip, which was later streamed on Facebook and posted on YouTube, features heartwarming moments for each of the show’s main characters left in peril at the end of Season 6.

Interspersed with the happy montages were images of Jeffrey Dean Morgan‘s nefarious Negan, pointing his barbed wire-covered bat at every individual. Said bat is later seen dripping with blood, although who Negan killed with it remains a mystery.

The trailer shows as well the introduction of King Ezekiel [played by Khary Payton,] the leader of a commune known as The Kingdom and the owner of a pet tiger. 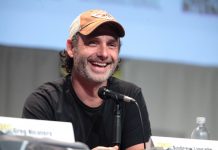 Andrew Lincoln: ‘This will be my last season playing the part of Rick Grimes’ 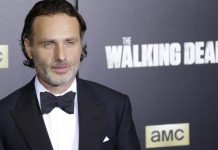 Andrew Lincoln to narrate ‘Quidditch Through the Ages’ 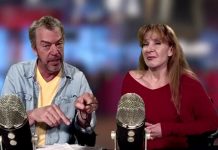