LOS ANGELES, Sept. 23 (UPI) — Actors Amy Poehler and Nick Kroll have split after two years of dating, according to sources close to the couple.

Us Magazine reports the two entertainers, who have held lead roles in Parks and Recreation and The League respectively, broke up due to scheduling issues. “They were spending more time apart than together,” the unspecified source tells the outlet.

Poehler, a 44-year-old mother of two, divorced ex-husband Will Arnett in 2012 after nine years of marriage and revealed she was dating again in her 2014 memoir Yes Please. The comedienne never explicitly said she was dating Kroll, 37, in the book, however.

“I have a boyfriend who knows how to settle me,” she wrote at the time. “He puts his hand on my chest and tells me boring stories. On one of our first nights together, I woke up apologizing for my snoring and he pulled out the two earplugs he had worn to bed so that he could hear what I was saying. It was one of the most romantic gestures I have ever seen.”

Poehler and Kroll have not officially confirmed the breakup. Neither has come forward on social media or elsewhere regarding the status of their relationship. 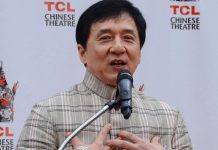