Schneider, a 42-year-old engineering manager who is transgender, returns to “Jeopardy!” on Monday where a win would take her to second place on the all-time consecutive wins list ahead of Matt Amodio.

Amodio is currently tied with Schneider with 38 wins while current host Ken Jennings leads with 74 consecutive wins. Schneider has won over $1.3 million in total.

“I never expected to do this well, but I think the main secret is just being curious and spending my life learning a lot of stuff,” Schneider told GMA’s George Stephanopoulos.

Schneider said Jennings advised her to relax, have fun and enjoy the moment. She also discussed the best part of her experience on “Jeopardy!”.

“I think that the best part for me has been being on TV, you know, as my true self, expressing myself and representing the entire community of trans people,” she said.

Schneider’s winning streak has resulted in high television ratings for “Jeopardy!”, as the game show was the highest-rated non-sports program across broadcast and cable television for the week of Dec. 27 to Jan. 2, Entertainment Weekly reports. Each episode averages 9.7 million viewers. 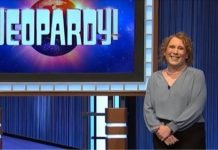 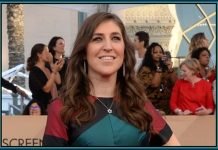