Walter had already been working over 40 years when she landed the role of Bluth family matriarch, Lucille, on TV’s Arrested Development. The critical darling and cult hit lasted three seasons on Fox, and Walter reprised her role in two more seasons for Netflix.

Walter played another maternal role as the voice of Malory Archer on the animated comedy Archer. The FX series has run for 11 seasons since 2009.

Prior to Arrested, Walter had notable movie roles in Grand Prix, Play Misty for Me and more. She was also part of the casts of TV series Trapper John, M.D., One Life to Live, The CW’s 90210 remake and provided the voice of a dinosaur mom on Dinosaurs.

Walter guest starred many TV shows like The Alfred Hitchcock Hour, Flipper, The Fugitive, Mission: Impossible and Wonder Woman. She played multiple roles on episodes of Love, American Style, The Love Boat and The F.B.I.

On stage, Walter appeared in productions of Advise and Consent, Anything Goes and more, according to Broadway World. 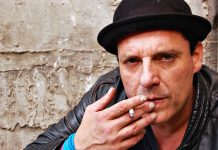 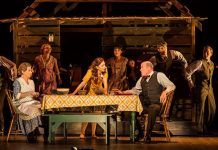