Bryant, 41, and his 13-year-old daughter, Gianna, were killed in a California helicopter crash, along with seven other people. He retired from playing professional basketball in 2016 after 20 years.

The athlete won an Oscar in 2018 for the short film “Dear Basketball,” and his life was the subject of Spike Lee’s 2009 documentary “Kobe Doin’ Work” and the 2015 Showtime special “Kobe Bryant’s Muse.”

Deadline.com said fans flocked to the Staples Center — home of the Lakers — Sunday to express their grief as organizers prepared the venue for the televised Grammy Awards ceremony, set for later in the day.

A moment of silence was held before the earliest awards were handed out.

“Kobe was truly larger than life, a legend. May he and all those who lost their lives today rest in peace. Love and condolences to his family. LA will never be the same,” actor Leonardo DiCaprio said.

“As someone who lost their father in a helicopter crash I can attest to this. The hardest part was trying to get my brain to even comprehend what had happened. My heart is breaking for the family and friends of the victims. Lift them up in love & light #RIP,” Broadway icon Audra McDonald said.

“I cannot believe this is real. My god. Oh my god,” TV personality Chrissy Teigen tweeted.

“Downtown right now and nothing feels more unimportant than what we are doing today. This is absolutely terrible. Everyone is numb,” Teigen added.

“Speechless… Praying for your soul and your family King! This (expletive) is surreal! Rest in Paradise Kobe!” actor Omar Epps posted on Instagram.

“To watch Kobe for hundreds of hours over the course his career, every highlight & triumph, every agony of defeat, to see such joy & discipline & talent & humanity, is to feel a part of his story in a deeply emotional way. Our family grieves for his,” actor Sean Astin said.

“He outworked everyone and I was so happy that he could spend more time with his beautiful family. What an authentic generous soul. Gutted for his family and everyone in that crash. We are here for a finite amount of time, remember that and say I love u more please #KobeBryant,” actor Jeremy Piven posted.

“Dude I’m in tears right now!! @kobebryant damn His daughter too omg I just don’t know what to say! Everyone please pray for his family!! This is so crazy!” actress and comedian Leslie Jones tweeted.

“I remember Kobe bringing his daughters to the WRINKLE IN TIME premiere and talking about its meaning for him as a father. He loved his girls so. LA weeps today, as do fans around the world. Goodbye, Kobe and Gianna. Our memories of you will live on and on,” filmmaker Ava DuVernay said.

“Our thoughts and prayers are with the Bryant family and friends, our Laker family, our Los Angeles community and fans around the world,” the Staples Center posted. 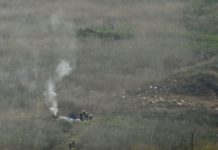