Jan. 27, 2017 (Gephardt Daily) — Award-winning British actor Sir John Hurt died Friday at age 77, according to several sources. No cause of death was given.

BBC News reported that the death was confirmed by Hurt’s agent, and noted that despite a diagnosis of pancreatic cancer, which was announced publicly in June 2015, Hurt continued to work, most recently starring as Father Richard McSorley in “Jackie,” the biopic of President John F. Kennedy’s wife.

Hurt’s cancer was reportedly in remission in late 2015.

His career spanned 60 years, with roles in films ranging from “Midnight Express,” “Nineteen Eighty-Four” and “The Elephant Man” to the Harry Potter movies, “Alien,” “V for Vendetta” and “Indiana Jones and the Kingdom of the Crystal Skull.”

Hurt also appeared in numerous roles on British television, including the TV films “Playboy of the Western World” and “The Naked Civil Servant,” in which he played Quentin Crisp, a portrayal for which Hurt won the British Academy Television Award for Best Actor.

In all, Hurt was nominated for two Academy Awards and won four BAFTA Awards and a Golden Globe Award. In 2015, he was knighted by Queen Elizabeth II.

NBC News, among others, noted that Hurt’s unique voice also figured in his acting career, as he did voice work in the animated films “Watership Down” and “The Lord of the Rings,” and the popular BBC series “Merlin.”

According to his biography on IMBd, Hurt was born Jan. 22, 1940, in  a coal mining village near the town of Chesterfield, in Derbyshire, England. Although acting was his first love, his parents disapproved and encouraged him to study art, which he did. He eventually returned to acting when he was unable to secure another art scholarship.

Hurt was accepted into the Royal Academy of Dramatic Art and made his stage debut in 1962. He also had a supporting role that year in the British film “Young and Willing.”

In the mid-1970s, Hurt appeared in several TV productions, garnering accolades for his performances in “The Naked Civil Servant” and as the Roman emperor Caligula in the epic TV series, “I,Claudius.”

Hurt was married four times. He is survived by his wife of 12 years, Anwen Rees-Meyers. 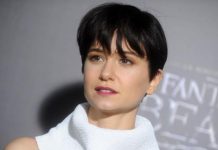 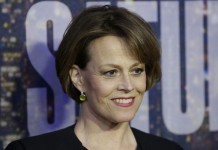 Sigourney Weaver: ‘Alien’ Sequel Will be ‘Worth the Wait’ 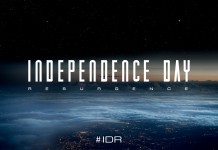