The film starred Ewan McGregor as a struggling writer who falls in love with Nicole Kidman‘s beautiful courtesan in 1900 Paris. Co-starring John Leguizamo and Jim Broadbent, it was nominated for eight Oscars and won two.

Carmen Pavlovic, chief executive officer of Global Creatures, announced Thursday the theatrical version of the story is now in development, with John Logan writing the book and Alex Timbers set to direct.

The production time-line and opening venue will be revealed at a later date, she said.

“I first encountered Alex Timbers through the remarkable and inventive production of ‘Bloody Bloody Andrew Jackson‘ and the brilliance of ‘Here Lies Love,'” Luhrmann said in a statement. “I immediately recognized the young director’s creative spirit and felt we shared similar sensibilities and instincts. So, I’m tremendously happy to celebrate that ‘Moulin Rouge!’ will be under his direction and that the book will be the creation of the gifted Tony Award-winning playwright John Logan whose writing I also admire deeply. It’s immensely gratifying to know that a new wave of artists will be leading ‘Moulin Rouge!’ into its rightful, theatrical realm.”

“Baz Luhrmann and Catherine Martin are so special to Global Creatures and I’m thrilled that we have the opportunity to partner with them once again to bring their ground-breaking work to the stage,” Pavlovic added. “‘Moulin Rouge!’ is a film begging to be theatricalized. I can think of no better creative collaborators than Alex Timbers and John Logan to realize this new musical.” 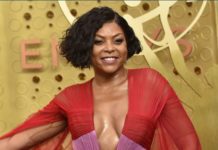 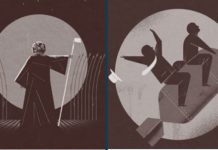 The Grand Theatre cancels next 3 shows due to pandemic