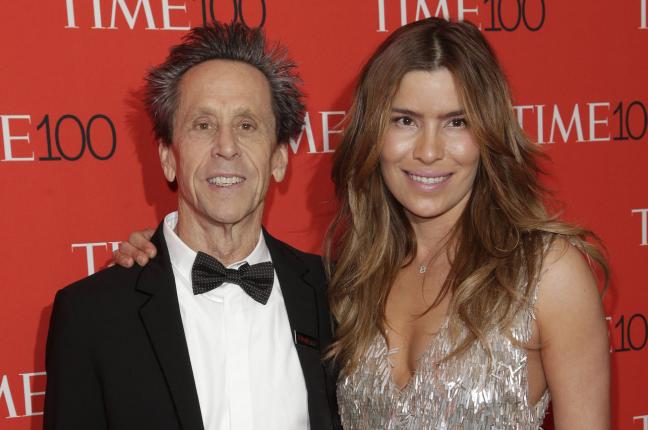 LOS ANGELES, May 25 (UPI) — Hollywood producer Brian Grazer has expressed his sorrow over the car-crash deaths of mathematician John Nash and his wife Alicia in New Jersey this weekend.
[one_fourth]

[/one_fourth][three_fourth_last]
The couple were the subject of Grazer’s 2001 biopic A Beautiful Mind, which starred Russell Crowe and Jennifer Connelly and won the Best Picture Oscar.

John, 86, and Alicia, 82, died Saturday after the taxi in which they were traveling struck a guardrail and then another car on the New Jersey Turnpike, in Monroe Township. They were ejected from the vehicle and pronounced dead at the scene, after returning home from the airport following a trip to Norway where Nash received the prestigious Abel Prize from the Norwegian Academy of Science and Letters.

“Their lives ended together in the same way that they lived,” Grazer told Variety.

“Theirs was a such a brilliant collaboration. Alicia was so powerful in enabling him to have his moments of triumph. His life was really hard. The beauty came from the power of their love to create those triumphs,” Grazer said.

“I asked them, ‘When the movie is finished and you’re in the theater watching it, what is your fantasy of the experience?'” he recalled. “Alicia responded by saying: ‘If the story is about love, we’ll feel really comfortable.’ And that idea was such a guiding force of our movie.”