Ben Affleck is reflecting on his struggles with alcoholism and its affect on his kids.

The 47-year-old actor and director said in an interview with Diane Sawyer for ABC News released Thursday that Violet, 14, Seraphina, 11, and Samuel, 7, his three children with ex-wife Jennifer Garner, are a major factor in his sobriety.

Affleck discussed how his father, Timothy Affleck, was also an alcoholic. Affleck said his dad’s behavior was “painful” for him as a child, but inspired him to be sober for his own kids.

“My dad, he was drunk every day and that was just life,” the star said. “Then as that got worse, that was really, really painful. But I always said, that would never be me. I am never going to do that.”

Affleck has struggled with substance abuse issues for years and gone to rehab multiple times. He publicly relapsed again in October, as seen in footage that was published by TMZ.

“I really don’t want my children to pay for my sins,” Affleck said. “Or to be afraid for me, which is one of the hard parts of being the child of an alcoholic. You think, ‘What if my dad gets drunk? What if he does something stupid? What if he ends up on TMZ, and it’s on my newsfeed and other kids see it?'”

Affleck said he’s seen part of the video but doesn’t need to watch more. He previously discussed the footage in an interview with The New York Times.

“Relapse is embarrassing, obviously,” the actor said. “I wish it didn’t happen. I really wish it wasn’t on the Internet for my kids to see.”

Affleck told ABC News he took the past six months off to focus on his kids, and said he is doing his “very, very best” for his children.

Affleck will next star in “The Way Back,” which opens in theaters March 6. The film centers on Jack Cunningham (Affleck), a former basketball player struggling with alcoholism who becomes a coach at his alma mater. 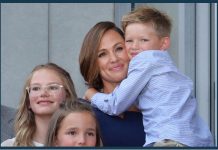 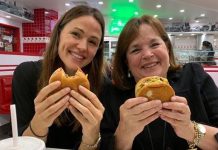