The Kloss Auction House planned to auction off the three landscape paintings, each signed by “A. Hitler,” but a tipster told police they might not be real. The paintings bore dates between 1910 and 1911, and each had a starting value of $4,500.

Hitler studied as an artist as a young adult before he entered politics and organized the mass murder of millions of Jewish people and other prisoners. The Vienna Academy of Fine Arts twice rejected the future dictator.

The BBC reported Hitler ordered his paintings to be collected and destroyed while he led Germany, but several hundred survived. Mullock’s of Shropshire auction house sold a lot of 13 artworks for $147,000. 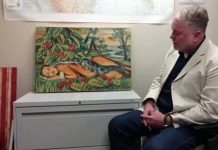 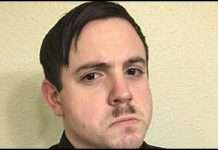