May 7 (UPI) — Former president Bill Clinton and the A&E channel History are developing a new docuseries about the American presidency.

The series with Clinton will “explore the history of the American presidency and the struggle for a more perfect union.”

Clinton will serve as an executive producer and will also likely appear on camera, according to Deadline. Other producers are expected to be announced soon.

Clinton connected with A&E after taking part in the network’s HistoryTalks live event in February. A&E Networks group president Paul Buccieri told Deadline it’s “so gratifying” to have Clinton aboard the new docuseries.

In Thursday’s press release, History also announced it is expanding its partnership with Leonardo DiCaprio’s Appian Way, RadicalMedia and historian Doris Kearns Goodwin. The network gave a greenlight to the miniseries Lincoln, Theodore Roosevelt and The Men Who Built America 2.

“History is doubling down on its commitment to invest in premium historical programming that showcases the compelling stories of those who have shaped our nation,” History EVP Eli Lehrer said.

“We are truly honored to grow our partnerships with present-day icons like President Clinton, Leo and Doris to utilize their unique insider perspectives to help bring these incredible stories to life.” 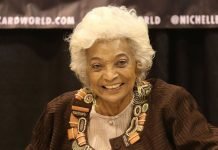 History channel, ‘Toys That Made Us’ team tackle ‘Star Trek’