March 15 (UPI) — “Saturday Night Live” cast members Pete Davidson and Chris Redd give Bill Hader a tribute rap from in a new promo for Hader’s return as a guest host.

“My favorite host, I love him way more than my real dad,” Redd raps before he denies his father named Melvin. “He got me my job, I owe him my (expletive) life,” says Davidson, to which Hader responds, “I regret it.”

Davidson and Redd are joined by a singing Melissa Villasenor and are seen making Hader uncomfortable as they surround him inside of an elevator and sneak into his bathroom.

“This is a little much. Stop,” Hader says shortly after the duo are escorted away by security.

Hader returns to “SNL” as a guest host on March 17 along with musical guest Arcade Fire. 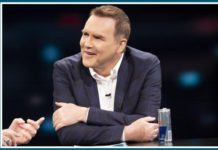 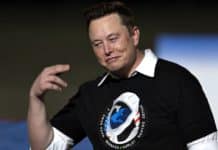