Sept. 23 (UPI) — Wildlife conservationist and reality television personality Bindi Irwin took to Twitter Saturday to weigh in on the gay marriage debate in her native Australia.

“Should the law be changed to allow same-sex couples to marry?” she tweeted. “Love is love. Yes, Australia.”

The 19-year-old celebrity is seen in a photo smiling and holding up a ballot with the “yes” box checked. The tweet also includes rainbow and heart emojis.

CNN said Australia’s High Court recently decided a national postal vote on same-sex marriage should go ahead, with ballots mailed out to households across the continent, starting Sept. 12 as part of a two-month process.

Bindi is the daughter of “The Crocodile Hunter” stars Terri and Steve Irwin. Steve died in 2006 when a stingray barb pierced his chest. He was 44. 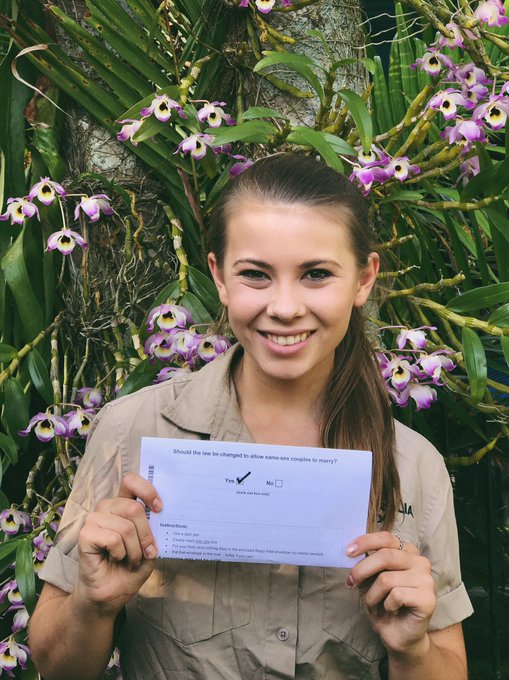 “Should the law be changed to allow same-sex couples to marry?”
Love is love.
Yes, Australia.