WASHINGTON, June 8 (UPI) — A pro-Black Widow flash mob took to the streets of 17 cities over the weekend complete with Natasha Romanoff cosplayers and the demand #WeWantWidow.

Organizer Kristen Rielly decided she “just had enough” of covering “Avengers: Ave of Ultron” merchandise for Fashionably Geek, though it missed one of the dream team’s integral characters — the movie-less female assassin, Black Widow.

“I literally had the idea on the couch about three weeks ago… created the event, and invited about forty fangirls I know,” Rielly told The Mary Sue in an interview. “In about an hour there were over 300 invites sent out. I remember turning to my hubby saying, ‘I think I just did a thing!'”

“Once I got supporters, I got volunteers, dubbed ‘City Captains’ to help work out locations for their city’s mob to meet and help gather more cosplayers to the event. They have been instrumental in making this a successful event,” she said.

The flash mob occurred on Saturday, when groups of decked-out Black Widows took to the streets of their respective cities with picket signs and posters displaying the message “We Want Widow.” Rielly observes that much of the Avengers merchandise has little mention of the marginalized heroine; but the cherry on top for her happened when Hasbro and Mattel released IronMan and Captain America action figures placed on Black Widow’s motorcycle from “her most badass AoU scene,” yet omitted the character herself.

“I’ve seen so many posts and tweets expressing outrage at the obvious inequality of Black Widow on film and in the stores, but I feel like Marvel and Disney aren’t getting it,” she said. “I thought if Black Widows started popping up all over at the same time, that would send the clearest and loudest message.”

Rielly hopes that her campaign will help close the popularity gap, which she blames on companies, between male and female superheroes in film.

“I hope that this is the beginning of a more inclusive superhero universe for future movies and merchandise. I hope that the companies making awesome movies and fantastic toys and clothes realize that they can do even more because they have a bigger demographic than they originally thought,” she said.

“And I hope this inspires more geek girls to stand up and continue to have a strong and positive voice for inclusion in our community.” 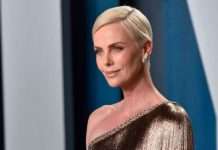 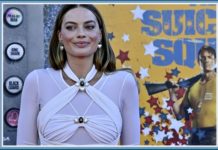