The 29-year-old actress said in the September issue of Glamour that she and Reynolds aren’t as open and outgoing as the “Deadpool” star may lead people to think.

“My husband and I are really shy people who express ourselves best when we’re acting, when we’re hiding as someone else,” she said while discussing her family. “So the fact that very shy people have to share that shy person with the world — and are sometimes hurt by it — it’s very weird emotionally.”

Reynolds has outwardly embraced the outrageous side of “Deadpool” since being cast as the title character in the 2016 movie. Lively said she loves the actor’s funny tweets about their family, but confessed they’re “completely made-up.”

“When he says ‘my daughter,’ he’s never, ever talking about her. Everything is a completely made-up scenario,” the actress said. “He’ll run them by me sometimes just to make me laugh. But oh, I’m so in love with him when he writes that stuff. I mean, I’m in love with him most of the time, but especially with that.”

My daughter gets so pumped watching Disney films. She loves that they all have singing, dancing and a part when the parents die.

Lively married Reynolds in 2012, and shares two daughters, 2-year-old James and 10-month-old Ines, with the actor. She previously told Glamourthat Reynolds played a Marvin Gaye song as she gave birth to one of their daughters.

“My husband played ‘Let’s Get It On’ while I was in labor,” the star said in a Glamour Games interview in June. “My doctor was laughing so hard that I thought she was going to drop our baby.” 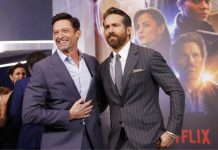 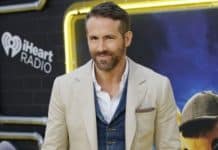 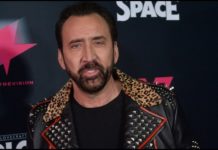