HOLLYWOOD, Sept. 2 (UPI) — An authorized biopic of television acting legend Lucille Ball is in the works, and actress Cate Blanchett has reportedly been signed to the project to portray the beloved redhead in the picture.

The untitled film is being produced by Ball’s children — Lucy Jr. and Desi Jr. — and will cover the actress’s 20-year marriage to Desi Arnaz in the 1940s and 1950s, The Wrap reported.

The movie is being developed by Sony’s Escape Artists production company. Veteran scribe Aaron Sorkin will reportedly write the screenplay.

Ball is best known for playing the title role in the situation comedy I Love Lucy, which ran for six seasons on CBS between 1951 and 1957.

Blanchett’s representative did not comment on the project Wednesday, The Wrap reported. The two-time Academy Award-winner portrayed screen legend Katharine Hepburn in Martin Scorsese‘s The Aviator in 2004. 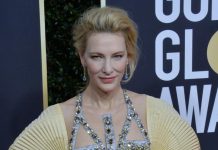 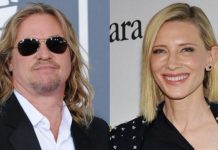 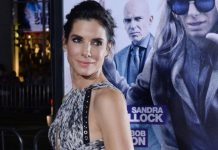