The 27-year-old actress will portray Woodhull, a women’s suffragist who ran for president in 1872, in the forthcoming Amazon Studios movie, according to Entertainment Weekly.

Ben Kopit, who wrote the upcoming film “The Libertine,” will pen the script for “Victoria Woodhull.” Deadline reported Larson will produce with Lloyd Braun and Andrew Mittman, with Anne Woodward as executive producer.

Woodhull, who died at age 88 in 1927, ran for president more than 40 years before women gained the right to vote. She was a leading advocate for women’s rights, and also described as a “conniver,” “narcissist” and “rebel.”

Larson herself has been a vocal advocate for women since starring as a sexual assault survivor in the 2015 movie “Room.” She won an Oscar for Best Actress for the film, and has since appeared in “Kong: Skull Island.” 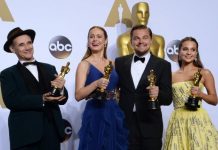 Leonardo DiCaprio, Brie Larson to be presenters at the Oscars 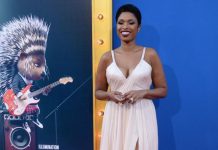