June 11 (UPI) — Britney Spears has confirmed on social media that she married longtime beau, Sam Asghari, this week, sharing video and photos from her happy day.

“I had a panic attack and then got it together … the crew who created our home into literally a dream castle were fantastic !!! The ceremony was a dream and the party was even better!!!” she added. “So many incredible people came to our wedding and I’m still in shock!!! @drewbarrymore my girl crush and @selenagomez who btw is way prettier in person if that’s possible both came !!! I was speechless … I kissed @madonna again and we danced into the night with @ParisHilton … Thank you @donatella_versace for designing my dress … I felt so beautiful.”

The post had more than 2 million “likes” as of Saturday morning.

Another post, captioned, “Fairytales are real,” earned 9 million “likes.” It features a video of the bride and groom preparing for the ceremony, exchanging vows and celebrating with friends.

Spears can also be seen riding in a horse-drawn carriage.

The couple got engaged in September after about five years of dating.

In November, a judge ended Spears’ lengthy legal battle with her dad, Jamie Spears, over his 13-year conservatorship of her business and personal affairs.

In May, Spears, 40, and Asghari, 28, delivered the sad news that they had suffered a pregnancy loss. 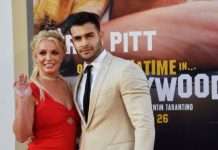 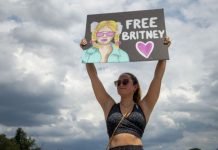