Bruce Jenner Plans to Fully Transition in the Spring

LOS ANGELES, May 18 (UPI) — Bruce Jenner revealed his plans to fully transition into a woman in the spring on the “Keeping Up With the Kardashians: About Bruce” special that aired Sunday night.

On the show, which was filmed prior to the Diane Sawyer special, Jenner is seen first telling daughters Kendall and Khloe about how far along he is in his transition and what his future plans are.

Khloe first came baring gifts in support of her stepfather’s transition. But when she asked, “Are you planning on not being Bruce any time soon?” and Jenner responded, “That’s quite possible, yeah,” she was shocked.

“That’s something we all need to know,” Kendall said after hearing the news.

Khloe, Kim and Kourtney separately said that they were not aware that Bruce was going to fully transition.

When Bruce told Khloe and Kendall that he plans to move forward with his new identity, “probably in the spring,” Khloe asked, “So Bruce is going to be gone within the next four-five months?”

“I don’t think it’s fair that you don’t tell us how close this is in the near future. We’re still your kids! I don’t care how old I am,” Khloe said. “Don’t you think we’re scared? We all have emotions, and I’m not going to feel like I can’t be honest with you about my emotions because that’s not fair to us.”

The next day, Kim visited Bruce, and he said, “I’m so tired of lying … about my life, about who I am, about everything. After a while, it just kind of wears your ass out.”

Kim asked Bruce about fully transitioning, and he hesitated. She said, “When you talk to Mom and the girls, you have to say that, you can’t hesitate. Hesitating four seconds makes us feel like you’re lying when you already know the answer. You’ve probably already made the appointment.”

Later in the show, Bruce met with all of his girls, except for eldest daughter Cassandra, to clear the air. The conversation got heated when Khloe accused Bruce of withholding the truth. “I’m not lying, Khloé – I just didn’t tell you,” he said.

A tearful Bruce said, “If I’m not honest because I’m afraid to talk to you about this subject, because I know it hurts, I understand that,” Bruce continues. “Am I doing it right, Khloe? You can never do this right, OK? There’s no right way to do this.”

On the same night the special aired, Kendall was at the Billboard Music Awards and told E!, “Honestly, I’ve never seen him happier. That alone makes me so happy. To see him so happy and to see him going through this and staying so strong and really thinking about his kids is amazing.” 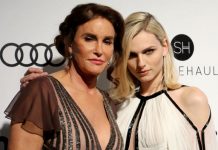 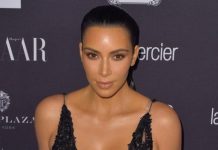 ‘Keeping Up with the Kardashians’ on hold after Kim’s robbery