Jin, a member of the K-pop group BTS, released “Tonight” as part of BTS Festa, a celebration of the boy band’s anniversary. The sixth anniversary of BTS’ debut officially falls on June 13.

“Tonight” is produced by Slow Rabbit. Jin wrote the song himself and said on the BTS blog the track is inspired by his pets.

“It’s the first time I’ve written my own song, and I hope you enjoy listening to it. I’ll work hard while making music next time too so that I can present a good song to you. Thank you, ARMY,” he wrote, referencing BTS’ fan base.

BTS last released the EP “Map of the Soul: Persona” in April. The group is in the midst of its “Love Yourself: Speak Yourself” world tour and next performs Friday in Saint-Denis, France. 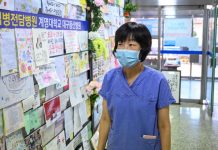