The seven-piece vocal group, which was originally scheduled to launch its North American tour on April 25 in California, will reschedule the kickoff to a later date.

“We are closely monitoring and following the guidance of all local governments regarding public events to ensure we are providing a safe environment for everyone involved as we continue to update our tour plans,” said Big Hit, which debuted BTS in 2013.

“We will share additional information regarding these new concert days shortly.”

The announcement came on the heels of the news that the United States has the most confirmed cases of the coronavirus in the world, even surpassing China, where the COVID-19 pandemic started last December.

BTS released their fourth studio album “Map of the Soul: 7” in February. The group planned a world tour as a tie-in to the chart-topping album through a play in Seoul this month.

But the K-pop band already canceled the Seoul dates, before delaying its North American tour schedule. 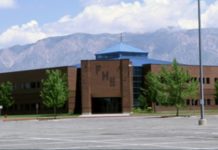