Jan. 31 (UPI) — Budweiser has teased its upcoming Super Bowl ad, which will tell the story of the beer company’s immigrant co-founder, Adolphus Busch.

A teaser for the commercial titled “Born The Hard Way” features Busch, played by Sam Schweikert, being approached inside a bar for looking different.

The spot will also be set on the Mississippi River where a battered Busch will jump off a burning steamboat to reach the shores of St. Louis where he takes his first steps to start the beer company, Adweek reports.

“This is the story of the original self-made man, one of the founders of the American Dream, making it the hard way, and his path that all who came after him followed,” Laura Rowan, of Budweiser’s creative branch, Anomaly, told Adweek.

“We then see the words appear: ‘When nothing will stop your dream, this is the beer you’ll drink.’ We end with the Budweiser logo and [tagline], ‘This Bud’s for you,'” she said.

As President Trump’s travel ban and plans to build a wall along the U.S and Mexico border dominate headlines, the company’s vice president of marketing, Ricardo Marques, said that the clip is relevant in today’s political climate, but noted that Budweiser is not attempting to make a political statement.

“There’s really no correlation with anything else that’s happening in the country. We believe this is a universal story that is very relevant today because probably more than any other period in history, today the world pulls you in different directions, and it’s never been harder to stick to your guns,” he said.

The 60-second ad will air during Super Bowl LI on Feb. 5. 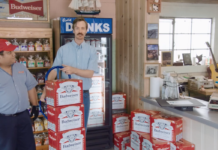 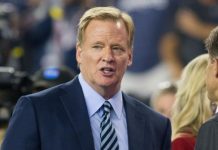 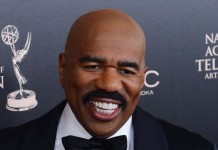