Watch @carrieunderwood‘s full interview with @SavannahGuthrie and Carson Daly as she discusses her new book, family, body positivity and much more. 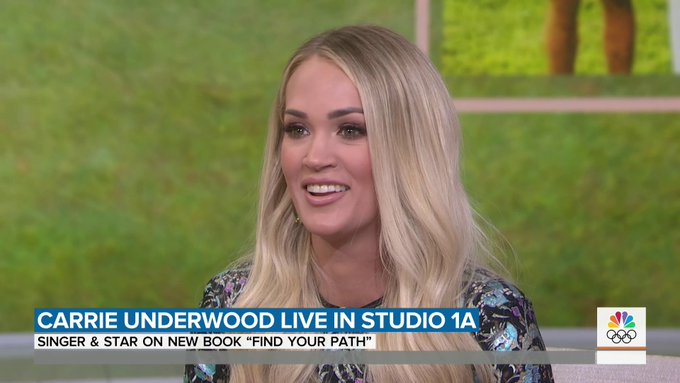 76 people are talking about this
March 3 (UPI) — Carrie Underwood says the body shaming she experienced after winning “American Idol” led to her adopting an extreme diet.
The 36-year-old country music star discussed her journey to body positivity while promoting her book, “Find Your Path: Honor Your Body, Fuel Your Soul, and Get Strong with the Fit 52 Life,” during Tuesday’s episode of “Today.””Everybody has insecurities,” Underwood said.

Underwood was subjected to body shaming after winning “American Idol” Season 4 in 2005. Criticism of her weight led Underwood to begin a strict diet where she only consumed 800 calories a day.

Underwood said it took her a “minute” to realize her diet was unhealthy.

“Kind of going too far the other direction led me to figure out what works, because I wasn’t feeling good. I wasn’t happy,” she said. “I knew it didn’t feel right, so it led me to do better.”

Underwood said in the April issue of Women’s Health that she was initially motivated to lose weight because of body shamers.

“I shouldn’t care what other people think about me,” she said. “I knew I could be better for myself, and I let my haters be my motivators.”

Underwood said she ended up falling into a cycle of restriction and binge eating during her extreme diet.

“I would ‘fall of the wagon,’ then feel terrible and repeat the cycle,” she shared. “your body is screaming out, I need more calories, I need more carbs!”

Underwood released “Find Your Path” on Tuesday. In the book, Underwood shares her philosophy about health and fitness, which involves doing one’s “absolute best” most of the time during the week, 52 weeks of the year.