LOS ANGELES, Calif., May 12 (UPI) — The May 16 Season 8 finale of the Nathan Fillion-led “Castle” will also be the detective dramedy’s series finale.

The Hollywood Reporter said Thursday that ABC canceled the show, following the recent announcement that co-stars Stana Katic and Tamala Jones would not return for a ninth edition of the series.

Variety reported the network also gave the ax to “Nashville.” 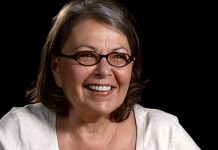