The question first occurred to Luke Fernandez, an assistant professor at Weber State University, when he gazed at a classroom full of undergraduate students, their young faces illuminated by their cell phones. He realized, mid-lecture, that all too few young scholars were looking back.

“We were feeling a little frustrated seeing students on cell phones,” Fernandez said. “We were wondering what we could do about this distraction.”

Research followed, as did a class, “Are Machines Making Us Stupid?” And nearly a decade after that first glance into a sea of cell phones, the two have authored a book.

“Bored, Lonely, Angry, Stupid: Changing Feelings About Technology, from the Telegraph to Twitter,” published by Harvard University Press, has now been out several weeks, and the authors have been interviewed by Britain’s The Guardian, U.S. new website Vox.com, and numerous local news media sites.

The book also has been selected as a book of the week by Arianna Huffington, founder of The Huffington Post, the founder and CEO of Thrive Global, and the author of 15 books.

It seems Matt and Fernandez now have the attention of readers around the world.

Fernandez is the technology and computing expert. Matt, as a specialist in history and sociology, brought the “big picture” theme to the book.

Because if you think technology altering human behavior is a recent issue, you are thinking in decades when you should be thinking in centuries.

When exploring the isolation and loneliness many attribute to increased social media, Matt and Fernandez realized that loneliness we feel cannot be compared to to that felt 50 years or a century ago. That would be like  is like comparing apples and bicycle, or oranges and shampoo (or pick your own foolish and unlikely combo.)

“The question ‘Is social media making us lonelier,’ it’s hard to ask and to answer,” Matt said. “It assumes people experience loneliness the same today as they did in the past. It assumes they could.

“But what loneliness meant to 19th Century Americans is not what it means to us today. The long-range question is not only how technologies change, but how people change.”

People in the 19th century may not have enjoyed loneliness, but it was a fact of life, “but they were more accepting of it,” Fernandez said. Many or most Americans lived far from their closest neighbors and even further from the nearest community.

“We feel like we don’t have to be lonely anymore,” Matt said. “We are constantly texting, updating our statuses. There is the expectation we can do it quickly, and communicate all over the globe, with millions of people. That’s our expectation, so we are more anxious about loneliness.”

Other Stories of Interest:  Jessica Simpson shares past sexual abuse, struggle with addiction

The word “lonely” is rarely used these days, Fernandez said.

“More acceptable is the world solitude,” he said. “It describes a celebration of being alone. The world ‘loneliness’ has a more negative attitude about it.”

It’s an act that would boggle the minds of people in the 19th century.

“Drawing attention to yourself would be committing the sin of vanity,” characterized as a sin in the Bible. “People were constantly reminded they were flawed and not worthy of celebration. There were lots of rules against celebrating yourself.”

But that began to change, Fernandez said.

“The technologies of the 19th century reshaped conception of vanity and pride,” he said. “The postal service, mirrors and photography encouraged people to engage in celebrating themselves.”

Mirrors existed from much earlier times, but became affordable to common folk in the 19th century with the rise of mass manufactured, Fernandez said.

Affordable postage rates increased communication by mail, and writing a loved one a letter without saying how you were faring made no sense.

“How do you write to someone who wants to know about you without talking about yourself?” Fernandez asked.

And before photography, the only way to get and share an image was to have a portrait painted. Costs soon dropped to the level where a shopgirl or farm worker could afford an occasional photo splurge.

“Wealthy people could get portraits painted in the 18th century,” Matt said. “Photos allowed many more people to have a portrait.

“The Victorian selfie was something that never existed,” Fernandez said. “But it wasn’t just technologies, it was a new consumer culture,” Fernandez said. “New ad men were trying to sell products, encouraging people to indulge in vanity.”

In its six chapters, “Bored, Lonely, Angry, Stupid” covers several other examples of attitudes and behaviors changed by evolving technology.

And while our modern minds may see the changes as positives, Fernandez says we’ve also lost more than we know.

“We’re experiencing what one clever psychologist called ‘awe deficit disorder,” Fernandez said. “Our ability to be awed by nature has diminished. We can’t look up and see the Milky Way the same way Thomas Jefferson did. We are denied that today.”

We are smitten with our smartphones.

We are cut off from nature, he said.

“America’s 19th century Americans used to go out and be awed by landscapes and the power of nature, and their own lack of power. They could go to Niagara Falls, and they could be awed.” 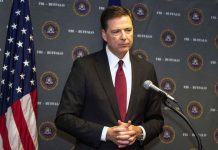 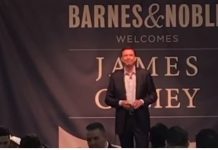